It may seem strange to write a marriage contract with a number of items, such as corporate contracts. Marriage is a family social family corporate. The originator of this idea is the Emirati searcher and thinker Ali Mohammed Al-Shurafa Al-Hammadi. The researcher thinks that this is the most suitable way to ensure the rights of the spouses and their children to come. It is also a successful way to reduce family disputes that arise in marriage due to life and living pressures. It will also protect the family from the rapid disintegration of divorce or the continuation of a marital relationship on paper only without essence, affection or understanding; these are in fact the original basis of the marital relationship as stated in the Holy Qur’an.

The wording of the marriage contract as developed by the researcher Ali al-Shurafaa is as follows:

In the name of Allah, Most Gracious, Most Merciful

“And among His marvels is that by a special creation did He evolve from you and of your own kind mates to form the complement to you as your counterparts in whom you seek consolation and find comfort, and between you both He implanted affection and mercy. These are tokens emblematic indeed of Allah’s Omnipotence and Authority that are observed by people who ponder.” (Al Rum 21)

First: The two parties agreed that the first party shall hold the marriage contract with the second party for the purpose of establishing a common life association and building a family based on a dignified life with affection and mercy and the proper education of the children on morals and virtue, faith in Allah and His Messenger and devotion and loyalty to the homeland.

Second: The first party is committed to provide the adequate housing and all the necessary requirements for living and carrying financial obligations in terms of providing housing supplies and providing them with subsistence requirements.

Third: The first party is committed to provide on children and providing the necessary clothing, food and medical care to preserve the building of a family of affection and mercy.

Fifth: The parties commit not to drift behind their emotions or surrender to any emotional temptations and respect the contract between them to maintain the continuity of their marriage and to complete the family continuation through care and affection.

Sixth: The two parties commit themselves to mutual respect and being decent to each other and to respect the orders of Allah. The first party is to commit to provide the special requirements of the second party such as clothes and belongings.

Seventh: The two parties commit themselves to follow the method of affection and respect in conversation between them and not to resort to challenge in saying and to be patient so as not to allow the devil to interfere between them and destroy the structure of the family required for life continuation and raising children on the basis of virtue and morality.

Ninth: The second party is committed to obey the husband without violation to the orders of Allah Almighty and to provide her husband with comfort as the Almighty said “”And among His marvels is that by a special creation did He evolve from you and of your own kind mates to form the complement to you as your counterparts in whom you seek consolation and find comfort, and between you both He implanted affection and mercy. These are tokens emblematic indeed of Allah’s Omnipotence and Authority that are observed by people who ponder.“” The second party is to take care of the first party and his nutrition, clothing and to take care of him in case of illness.

Tenth: The two parties are fully committed to a permanent partnership between them aimed at building a family on a sound basis and their intention is to establish a lasting marriage life based on affection, compassion and loyalty, and to give promises in front of Allah to achieve this honorable goal and to insist that each party maintain the continuity of marriage life. They have to continue the family and not to let the family be displaced and torn apart, Allah forbid.

Eleventh: The two parties commit themselves to avoid mistrust for each other and to deal with their disputes in compassion, affection and well intention to overcome misunderstandings so as not to reach a point of misunderstanding, which is a danger to the family that may result in the loss, displacement and psychological diseases of children that may lead them to destruction. Both parties bear all the negative results that may harm the children as a result of the selfishness of each party and the impossibility of understanding between them.

Thirteenth: Divorce does not take place in case the first party says orally to the second party (you are divorced). This statement is void that does not entail separation, where the first party says this in case of anger or fatigue or in the case of psychological or financial effects, such as losing money in his work.  Allah Almighty does not take his creation responsible of what they say: “Allah excuses you for oaths in which the guilt does not reside in the intention, but He holds you responsible for the oaths in which guilt resides in the intention, an affront nothing can expiate but,
a) Supplying ten indigent persons with food equal to the usual standard for your families, or,
b) Clothing them with clothes of the same standard, or else,
c) Freeing a slave from bondage. And he who does not find the means shall fast three days.
This is the atonement you make for your oaths if you have carelessly used the name of Allah. Be bound to your oaths. Thus – does Allah expound to you people His revelations that you may hopefully impel yourselves to gratitude.” (Al Maidah 89). Allah Almighty put a penalty for that when saying in the previous verse (Supplying ten indigent persons with food equal to the usual standard for your families)

Fourteenth: In the case of the impossibility of marriage continuation between both parties and one of them wanted to separate from the other, the demanding party should inform the other party with a four-month warning before separation along with a clarification of the reasons and details that made him/her to make the decision of divorce.

Fifteenth: The two parties still live in the same place or house during the warning period of not less than four months. Allah Almighty said: “You do not know; perhaps Allah henceforth induces changes and circumstances them after His own manner” (Al Talaq 1) during the period of warning.

Sixteenth: After the end of the warning period with no positive development for the best in the marital relationship between both sides, the party who decided to separate is to visit the Family Care Office requesting the termination of the marriage contract and explain the reasons and justifications to terminate the contract with a copy of the warning book that was directed to the other concerned party. The office is to provide advice the couple to achieve reconciliation between them or to ratify the termination of the marriage contract.

Authentication of the Office

The Best Selling Book at the "Alexandria Book Fair" 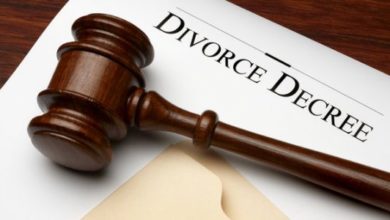 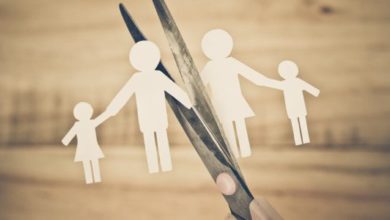 Causes of family disintegration and methods of treatment